Biology How do organisms glow? And why? 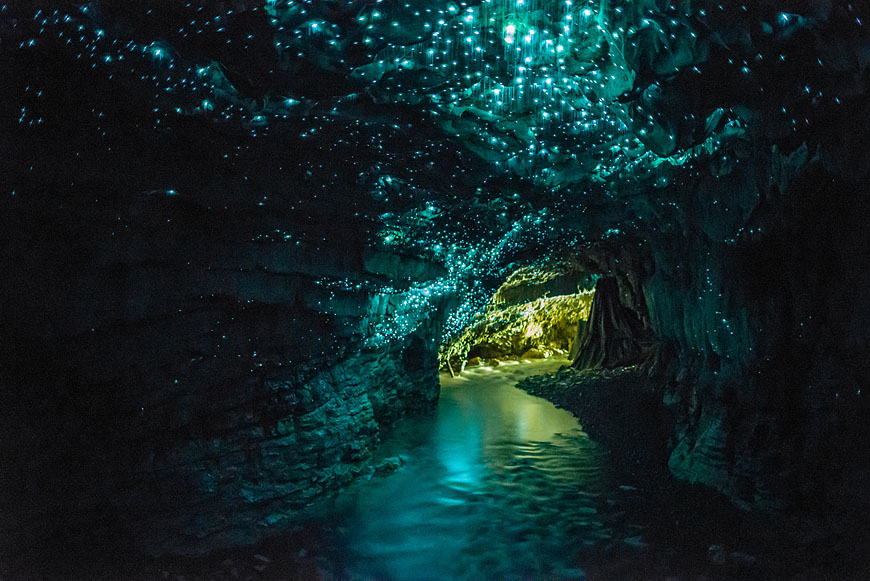 Summer is just around the corner and soon fireflies will start buzzing and flashing all through the night. Fireflies are winged beetles that produce light in a range of colours (depending on the species).

Glow worms, as seen in the above picture,  also produce light. They’re not actually worms but fly larvae and live in caves.

But, in fact, there aren’t that many more terrestrial animals that emit light. Bioluminescence is much more common in the sea, although, strangely, no freshwater animals use it. But how is this light produced? And why?

Bioluminescence is a form of “cold light” emission: the light is not result of heat (like, for example, when a hot iron glows bright red) but it is produced with a chemical reaction.

Luciferin (a pigment), with the help of an enzyme called luciferase, reacts with oxygen and ATP to produce light. Different animals have different types of luciferin and luciferase, resulting in differently coloured light.

Luciferase from fireflies is used by crime scene investigators to detect the presence of blood (as it glows when in contact with it).

Bioluminescence is an example of convergent evolution. Different animals independently evolved a similar solution to a problem. But what is used for? 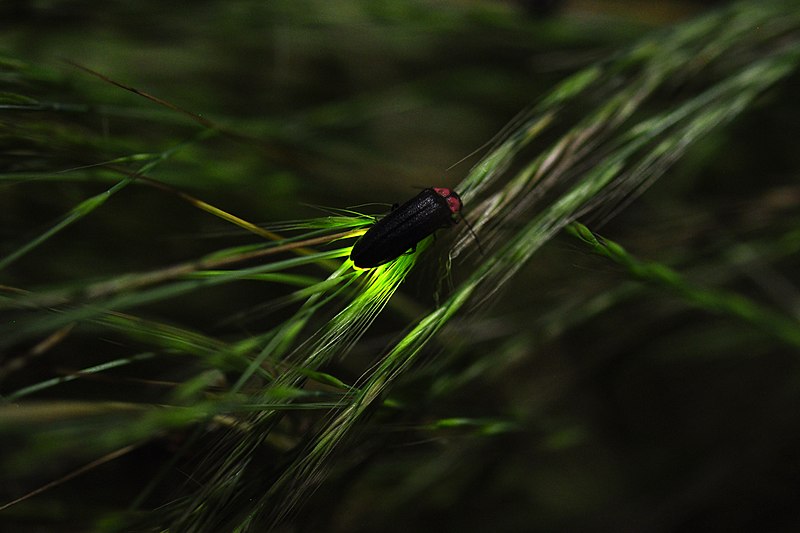 One of the most common reasons is defence. Hiding in plain sight. If you think about it, unless you live on the sea floor, there is nowhere to hide in the sea and that is probably why so many more aquatic organisms make use of bioluminescence compared to terrestrial ones.

Some animals, such as some species of squid , match the light they are emitting to the sunlight coming from above. The result is that their silhouette is much harder to make out if you’re below them. This method, called counter-illumination, can also be used for hunting purposes. 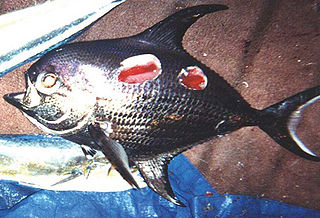 The cookie-cutter shark is a small shark (30-45 cm long) that emits light from its underside to match the sunlight from above. The light is emitted from its whole body except from a small dark area. To fish swimming below the silhouette they can see is that of a much smaller fish. As these predators go in for the kill the shark can bite off huge chunks of flesh with its sharp teeth, much like a melon baller. The wounds are usually not fatal and evidence of cookie-cutter bites has been found on large tuna, sharks and even whales.

Another application of bioluminescence is to communicate between members of the same species. For example, fireflies use their light to attract a mate. The females respond to the male’s flashing light and the male can then approach them. Different species of fireflies use different flashing patterns to avoid confusion.

Most aquatic animals lack the ability to see red light, as it is quickly absorbed by water. Most of them emit blue/green light. But, the black dragon fish, a deep sea fish, not only emits red light but can also see it. The light it emits doesn’t travel far, but allows the fish to see nearby prey without alerting them, as the prey lack the ability to see red light. Quite cunning.

Some jellyfish use bioluminescence to startle predators, scaring them away. Others can produce thousands of little glowing particles which can distract a predator.

Of course, there is the obvious example of the anglerfish, which uses a light at the end of fleshy growth on its head as a lure, similar to how angling works.

Are bluebirds blue? – The fascinating world of structural colours