When you first reach Centralia, Pennsylvania, it looks like a standard semi-abandoned town. Maybe one that had its major route of through traffic diverted, and slowly died. Then you notice the strange cracks in the roads and the smoke billowing from the ground. Because in fact, Centralia is not your typical abandoned town, it’s an abandoned town on top af a huge fire.

From the late 19th century to the early 1960s a series of tunnels were excavated below the town to extract coal. However, by the beginning of the 60s all the companies had shut down. In 1962, a fire started. Nobody knows how exactly (there are competing theories, one suggests that it was started by firemen to clear the local landfill), but the fire reached the underground tunnels and ignited the mine. The fire has raged there ever since. In 1979, the mayor of the town stuck a thermometer in one of his underground fuel tanks, and he measured the gasoline temperature as 80 degrees C!

In 1981 a 14-year old boy fell down a sinkhole (thankfully he was unhurt) and this really started the mass exodus from Centralia. From 1000 residents in 1981 the town now has 10. The US postal service even withdrew the ZIP code for Centralia in 2002. At the rate it’s burning at, the fire will probably last for another couple of hundred years.

Centralia might be the best known example, but coal fires are quite common, as coal dust has a very low ignition temperature (around 40 degrees celsius, 104 fahrenheit). China is the world’s largest producer of coal by far (annual output is around 2.5 billion tonnes!), and therefore has the largest number of coal fires. There are about 100 major fires in a belt stretching all the way across northern China. It is estimated that there are 10-200 million tonnes of coal wasted every year due the fires. For comparison, the UK imports about 30 million tons of coal a year. Some of the coal fires are started by local miners seeking shelter in abandoned mines and starting fires for warmth or, for example, when coal mines are sealed by explosives. 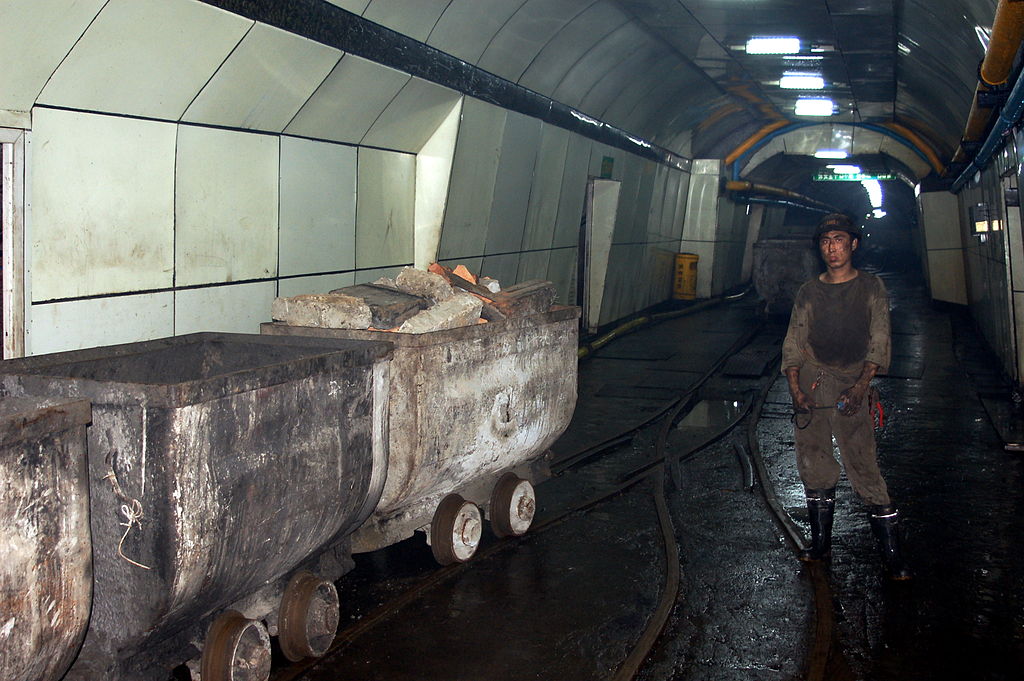 Mount Wingen is approximately 220 km north of Sydney. It is also known as burning mountain, as it is the location of the oldest known coal fire. The coal seam running underneath the mountain has been on fire for approximately 6000 years. It will likely keep going for a very long time as the burn rate is very slow, about a metre per year.

The door to hell

Massive underground fires are not limited to coal production. There is a place in Turkmenistan called “the door to hell”, and once you have a look at the picture below you will clearly see why.

In 1971 soviet scientists discovered what they thought was a large oil field under the Karakum desert in Turkmenistan. They started drilling to assess the site and started storing the natural gas they were extracting. However, one day the ground underneath the rigs collapsed and what was on top was swallowed into the ground. The hole released large quantities of methane. The scientists, worried about safety, decided that the best course of action was to burn off the methane. They lit it on fire, expecting it to extinguish after a couple of days. However, 40 years later, it is still burning.