Does coffee make you poop? 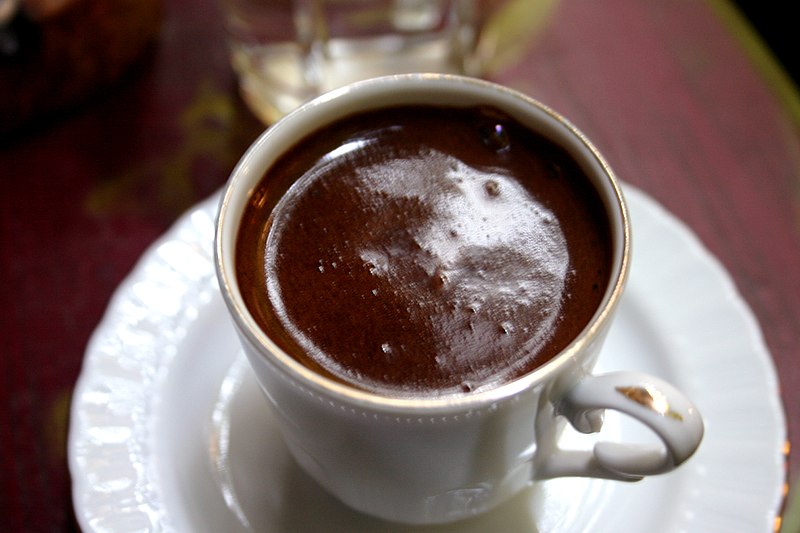 Does coffee make you poop? – Photo by Bertil Videt

As I sit here, holding a half-finished cup of coffee, I can already feel the internal rumbling. Soon, I will go to the toilet and do… my business. I’m sure you’re glad I told you that. Who wouldn’t want to know about my bowel movements. This is the internet, after all.

But is the coffee responsible? Or is it psychological? Does coffee really make you poop?

First of all, coffee does not have this effect on all people, it doesn’t make everyone poop. A survey of 92 people, published in a 1990 study titled “Effect of coffee on distal colon function”, reported that only 29% of the surveyed people claimed that drinking coffee resulted in increased bowel movement. Subsequent studies have suggested that coffee has an effect on 30-40% of people.

So coffee does make (some) people poop. But why?

The most commonly given explanation is that caffeine is responsible. Except that, it’s probably not true. I can’t find any evidence that caffeine is a laxative. After all, if it was, soft drinks, tea, energy drinks and caffeine pills should have the same effect.

In fact, that same 1990 study showed that de-caf coffee had the same effect as normal coffee (they also showed that hot water, the control, had no effect at all). So caffeine is not the culprit. It must be the other stuff in coffee.

What’s in a cup of coffee?

The composition of a cup of coffee varies a lot and  depends on the origin of the the bean, how it was roasted and processed and how it was brewed. Generally speaking, coffee contains caffeine (obviously), various acids, some soluble fibres, some protein, lipids (coffee oils), niacin (vitamin B3), melanoidins  and a bunch of other stuff.

There are a lot of compounds in coffee. A lot.It’s hard to exactly pin-point the chemicals and mechanism responsible for the increase in bowel movements. The culprit is one (or more) of these compounds.

The probe was set up to measure the intensity and length of the contractions. The longer and more intense the contractions, the faster the movement of digested matter through the intestine and hence bigger urge to, well, go to toilet.

The subjects that were not sensitive to coffee registered no change.

The subjects that were sensitive experienced an increase in contraction intensity and length approximately 4 minutes after ingesting either coffee and decaf coffee (I’ve just realised how much this sounds like an article about giving birth, when it’s really about poop). The increase lasted up to 30 minutes. Hot water had no effect.

Four minutes is not enough time for coffee to reach the intestine or the blood stream. It is plenty of time to reach the stomach, however.

Therefore, coffee, when in contact with the stomach, must increase the production of hormones that increase peristalsis (the circular contractions of the bowels that propel digested matter forward).

In fact, since that 1990 study, several studies have shown that drinking coffee increases the production of gastrin and cholecystokinin, two hormones that can increase digestive activity.

So yes, coffee does make you poop (if you’re one of the 30-40%) and it does so because it interacts with several hormones that regulate bowel movement.