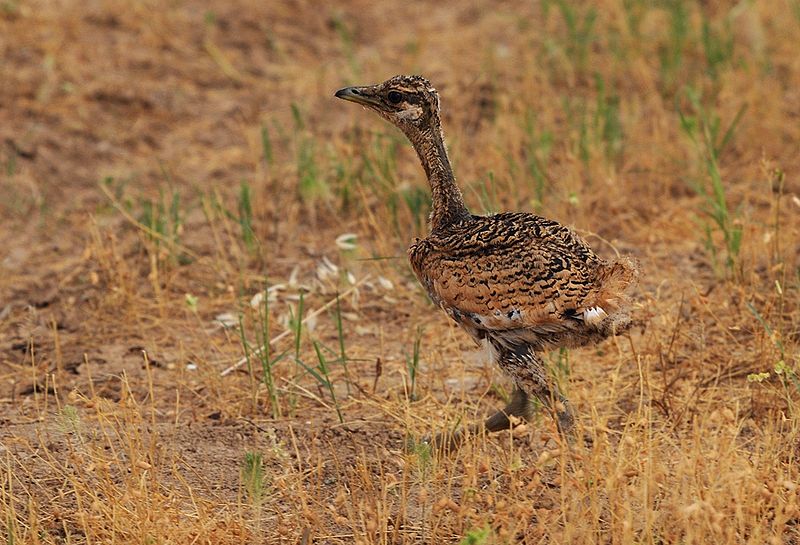 The great bustard is possibly the second heaviest flying animal (the heaviest is the kori bustard, also part of the Otididae family). Adult males weigh, on average, between 10 and 16 kilograms but can reach 20kg. They are common in Europe (it’s the national bird of Hungary) and Asia. They exhibit high sexual dimorphism, that is, males and females are quite different. Females only weigh about 5kg and their wingspan is about a half to a third of that of males.

The European ones tend to stay put during the winter months, but the Asian ones migrate south, traveling up to 4000 km every year. As you can imagine, traveling such distances is not easy, when you’re such a heavy bird.

Most migratory birds are able to glide, they can travel very large distances without flapping their wings. They can take advantage of hot rising air to take them further. One bird, the bar-tailed godwit, can travel up to 11000 km in one single journey, from Alaska to New Zealand, without ever touching the ground. To make the trip, the longest non-stop flight in the animal world (that we know of), they store fat, which, at the start of the journey, makes up fifty-five per cent of their bodyweight. 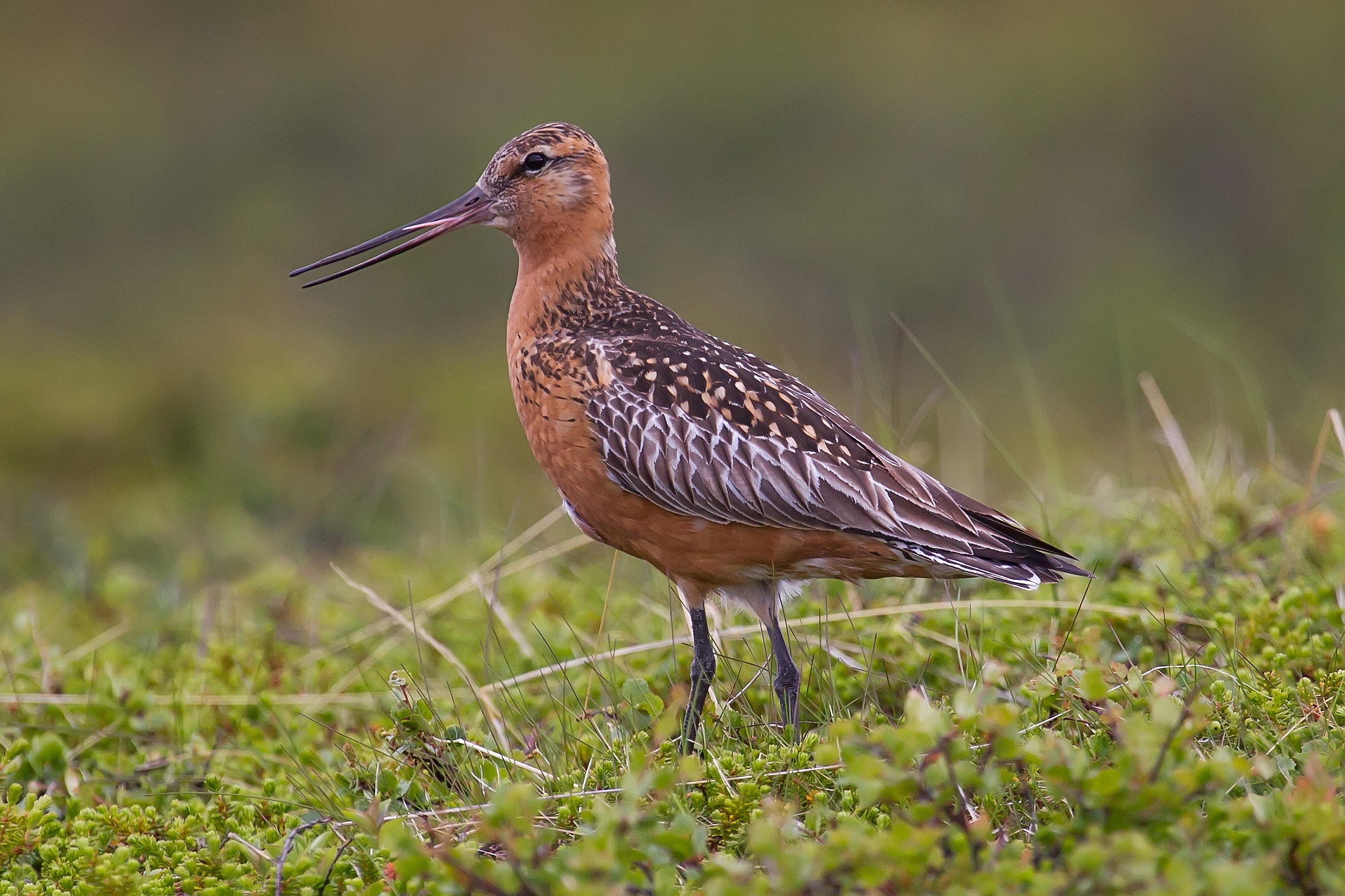 Great bustards are not so lucky, they can’t glide and therefore have to flap, really rather hard, to stay airbourne. Researchers at Arizona State University tracked great bustards with GPS backpacks on their trip from Mongolia to China, which they do every autumn as winters in Mongolia can be quite cold with temperatures that can reach -50 degrees celsius.

Their voyage takes months (up to four). As they cannot soar, their energy gets depleted quite quickly and they have to take long stops on the way. They are only airbourne 2-6% of the time. Without these long layovers they would not be able to migrate.

The great bustard is currently classified as vulnerable, with threats to its habitat from increased farming and change in land-use. They are also in danger from increased hunting. Chemical fertilisers and pesticides also contribute “to high mortality in eggs, chicks, juveniles and incubating females”. Eighty per-cent of them die during their first year of life. They’re ground dwelling birds and they prefer not to fly, making it easy catch for predators.

The great bustard was quite common in Britain, until hunting made it extinct in the 1840s. There are a few initiatives to bring back bustards to the UK. In 2009, bustard chicks hatched in the wild in Britain for the first time in over 150 years.