Biology Can too much water kill you? And should you drink 8 glasses a day?

Can too much water kill you? And should you drink 8 glasses a day? 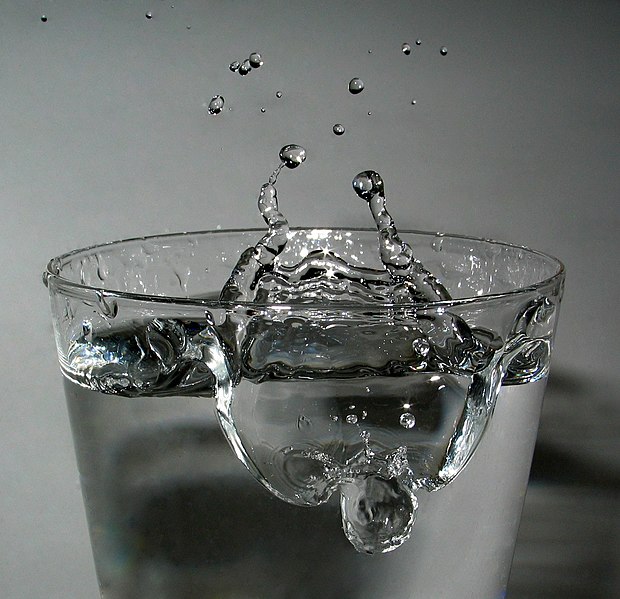 All substances are poisons; there is none which is not a poison. The right dose differentiates a poison and a remedy.

Let’s start with cliché. Water is life. Well, it’s not actually life itself (it is, after all, just a molecule), but  it is fundamental to carbon-based life forms such as us, bacteria and everything else that we consider to be living.

So important that we first look for liquid water on other planets to determine the possibility of extra-terrestrial life.

However, as our long dead friend explained above, anything can be bad for you taken in the wrong amounts. Yes, even water.

Water is present in blood, in cells and even in spaces in between. In fact, humans are mostly water, about 60% by weight. However, we are also constantly losing water via urination and defecation, by breathing it out in the form of vapour and by sweating.

(Side note: human’s ability to sweat a lot is the reason why we are so good at endurance sports. We are much more efficient at cooling ourselves down in comparison to other animals. More about this in a future post.)

The water lost has to be replaced and we do so by drinking it. The usually touted advice is to drink 8 glasses of water a day. But is this really true? How much water do you need? And how much water is too much?

Should you drink 8 glasses a day?

There have been some claims that many people live in a state of constant dehydration. That they’re so used to the feeling of thirstiness that they don’t pay attention to it. Or that they mistake thirst for hunger and eat instead of drinking.

The solution? A hard guideline. Drink 8 glasses a day and you’ll be fine.

Easy, right? Sure. But also wrong.

There is no scientific evidence that suggests that we need to drink that much. A review in 2002 by Heinz Valtin, (now retired) professor of physiology at Dartmouth Medical School found no scientific proof in the literature. According to peer-reviewed surveys the mean daily intake of water is much less than the recommended 8 glasses and there is definitely not a dehydration epidemic going on.

So what is going on? Humans get their water not only from pure drinking water but also from coffee, tea, soft and hard drinks and food. For example, cucumber is almost 95% water. This water should be counted towards the daily total.

It’s not true that we mistake thirst for hunger either. The two are controlled by different systems. It would be nice if we could control hunger and lose weight by simply drinking more but this is simply not the case. (Although, substituting sugary drinks for water will definitely help).

So how much water should people drink? One size does not fit all. Someone who lives in a hotter part of the world and does a lot of sport will need to drink a lot more than a scandinavian couch potato and his body will tell him so.

Forcing yourself to drink more is a bad idea. A really bad idea.

Can too much water kill you?

Let me say that, before anyone points it out in the comments, yes, the easiest way water can kill you is by breathing it in instead of air (also knows as drowning), but water can also be deadly if drunk in large quantities.

There have been several cases of people dying because they drank too much. There’s the case of the New Zealand hiker who died after getting lost in the wilderness because he drank too much water or the case of the woman who died taking part in a water drinking competition. “Hold your wee for a Wii” was hosted by a Californian radio station: the person who could drink the most water in a limited amount of time would win a Nintendo console.

A 28-year old woman drank 6 litres of water in three hours. Went home with a bad headache and eventually died.

Then there’s the people who die of water intoxication after taking MDMA (ecstasy). When the drug first appeared the victims usually died of dehydration: dance for hours and hours on end without getting tired and you’re bound to sweat out a lot of water. In response, most people who take ecstasy these days make sure to drink a lot of fluids. Some go overboard and end up dying of the complete opposite thing: too much water.

When you have hyponatremia, the salt concentration in cells is higher than in the blood, and by osmosis water starts flooding into them. This is not a problem for most cells as they have room to expand. However, brain cells are not as lucky. They are trapped inside the skull, together with cerebrospinal fluid and blood. If you have ever punched someone in the face, and afterwards recoiled in pain, you know that the skull is a very rigid structure and the cells have nowhere to expand.

The risk of water intoxication is very high for marathon runners because during high stress activities (such as running over 42 kilometres in a row) the antidiuretic hormone vasopressin is produced. It tells the kidneys to conserve water which may cause the body to retain a lot more than it actually needs.

How can you make sure to not drink too much water?

As said before, the human body has a very reliable system to indicate how much water you need. Thirst.  No need to force down water or to feel guilty that you’re not drinking enough.

–INSTITUTE OF MEDICINE , Food and Nutrition Board, Panel on Dietary Reference Intakes for Electrolytes and Water