Why is waiting half a day for the bus not a big deal to the Aymara? Because to them, the future is not in front, the past is. Read part 1 here. 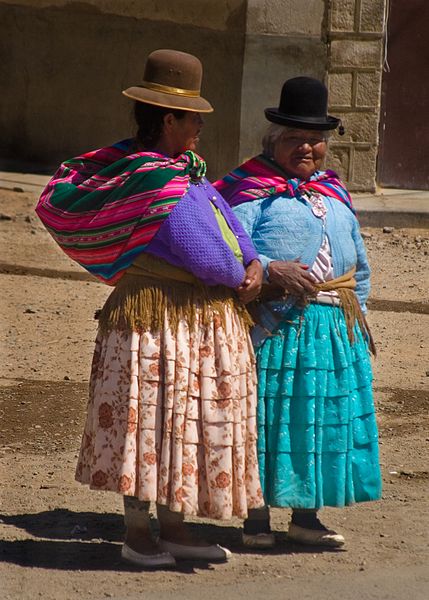 Time is quite a difficult concept to express and all languages resort to metaphors to describe it. In fact, all use the same metaphor, space. Phrases like “a deadline is approaching” use the image of physical nearness to describe something imminent.

In Indo-European languages (such as English or Italian) time is thought of as a flow from somewhere in front of you(the future), through you (the present), to somewhere behind you (the past). In fact, this is true for most other language families, even for diverse ones such as the Bantu  (Swahili, Zulu), Semitic (Arabic, Hebrew), Uralic and Polynesian families.

However, to the Aymara, an Amerindian group mainly living in South America, time flows in the opposite direction, from a point behind them to a point in front of them. If you ask an Aymara speaker to talk about his forefathers he will gesture towards his front and if you ask him to talk about the future generations he will point towards his back.

For the Aymara vision is very important, and their language reflects this importance. For example, in Aymara, it is important to indicate if the speaker was present during the action: “Manuel cut wood yesterday” is not acceptable, the speaker would have to say if he was present to witness this action or not. The correct phrase would be “Manuel cut wood yesterday (but I was not there to see it)”. If this  information ‘marker’ is left out, the person talking is perceived to be lying or being boastful.

Therefore, it is not particularly surprising that a speaker of a language that is so dependent on the eyewitness faces the past. After all, they have not seen the future, but they have definitely seen the past.

This unique way of perceiving time influences the Aymara in other ways. They are a lot more patient than us. In a paper by Miracle and Yapita, the patience of the Aymara is well described. Because the Aymara do not ‘see’ into the future they feel much less pressure to plan it, there is less point to it. A half day wait for a bus is no big deal.