Biology Bananas are all clones! And 6 more bananas! facts about bananas

Bananas are all clones! And 6 more bananas! facts about bananas 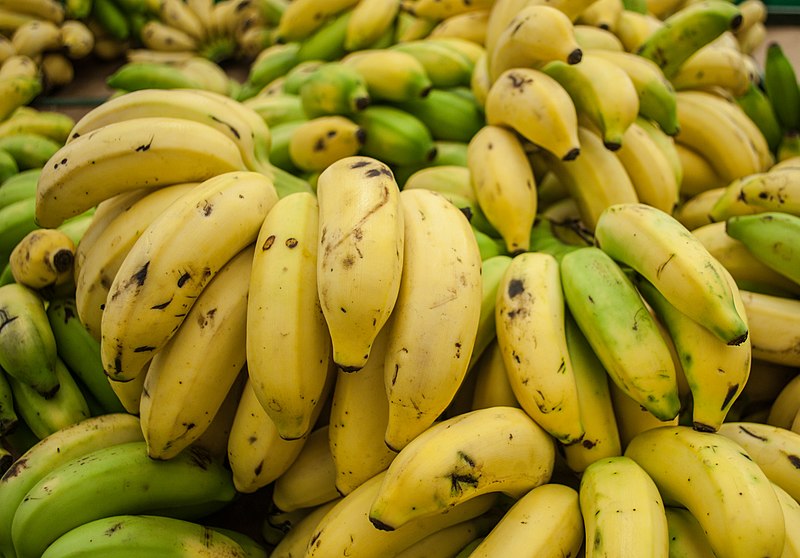 Have you ever wondered why bananas look so much alike, and taste all exactly the same? Well, wonder no more! (Because I’m going to tell you).

Attack of the Clones

The most commonly sold and eaten banana is the Cavendish. Every single Cavendish banana is genetically EXACTLY the same. They are all clones, descendants of one single banana. In fact, they’re all sterile, and each new banana plant has to be manually planted from a cutting of existing banana roots.

This genetic homogeneity is of course quite risky. If a parasite or disease becomes particularly adept at infecting the Cavendish, they could all be affected very quickly. Something that has happened before.

Back in my day

Up to the 1950s the most common banana was not the Cavendish, but the Gros Michel (also known as Big Mike). So maybe it’s not just old people being old and curmudgeonly, maybe it’s true that bananas were tastier back then. However, the Gros Michel was wiped out by a fungus,  fusarium oxysporum to be exact, which caused Panama disease. The fungus attacked the roots of banana plants and was also resistant to fungicide. To compound the problem, all Gros Michel were identical clones, therefore they were all as susceptible, causing to fungus to spread across plantations incredibly quickly.

The Cavendish was chosen as a replacement, since it’s resistant to this fungus. However, it’s not resistant to the the black sigatoka disease, and a widespread infection is not outside the realm of possibility.

First domesticated over 7000 years ago, bananas have been, over thousands of years,  selectively bred to have really tiny non-fertile seeds. Wild bananas contain big, hard seeds and very little flesh. Have a look at the picture above. Without the genetic modification by selective breeding, bananas would be almost inedible.

In fact, almost everything we eat has been modified by man in one way or another.

There is no difference between plantains and bananas. There are different cultivars of bananas, some of which are more starchy and better suited for cooking, and are referred to as plantains or as cooking bananas. They’re all still bananas.

Because of their high potassium content, bananas are well known as a treatment to mild hypokalemia. Therefore, they also contain some potassium-40, a naturally occurring isotope of potassium, which makes them slightly radioactive, though not radioactive enough to cause us any issues or to cause you to become a yellow-jumpsuit wearing superhero after getting bitten by one.

Did you know that there is a giant dust cloud in the middle of our galaxy that tastes of raspberries? – Photo Credit: Fir0002

The best way to peel a banana

Most people, when peeling a banana, tug and twist the stem at the top until it comes off. But there is a faster way to peel a banana. It’s how monkeys do it. Just watch the video, it will blow your mind!

How deep is the sahara?

Click here to read some really interesting facts about sand.