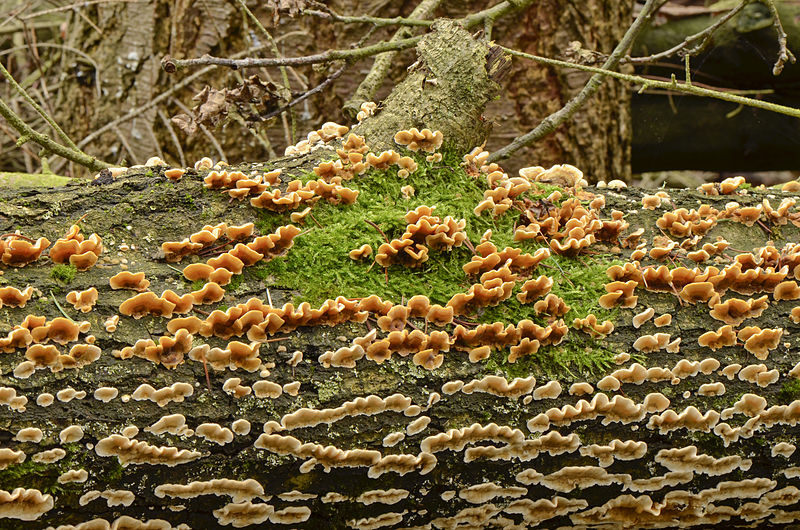 Coal is a sedimentary rock made of mostly carbon and small amounts of other elements such as hydrogen, sulphur, oxygen and nitrogen. It is formed when plant fibre is put under high pressure and heat. Ancient forests were buried under the soil by flooding or by other natural phenomenons, more and more soil accumulated on top, increasing pressure, as they sank lower and lower the temperature increased. Slowly, over a long period of time, the plant material turned into coal.Coal is practically fossilised plant material (that’s why it’s called a fossil fuel).

At the beginning of the Carboniferous period plants developed bark and also the fibre lignin. The trees of that era had a huge bark to wood ratio, as much as 20 to 1, compared to modern trees which have a ratio of 1 to 4. Lignin is toxic and it does not pass through cell walls easily. According to research by David Hibbett and colleagues  fungi at the time had not evolved the ability to digest lignin and would take millions of years to do so. This meant that for a very long period of time (50 million years) there was no decomposition of bark.

Combined with low-level seas and a hot climate, forests and swamps thrived during the carboniferous. Large amounts of carbon (in the form of wood and bark) were buried under the forest floor as it was not being broken down.

Because of this, oxygen levels became really high. In our current atmosphere oxygen makes up 21% of air, during the carboniferous it reached up to 35%. This had a couple of effects.

Firstly, even though the conditions at the time were very wet, global forest fires became very common as the extra oxygen provided extra flammability. This further increased the rate of coal deposits. 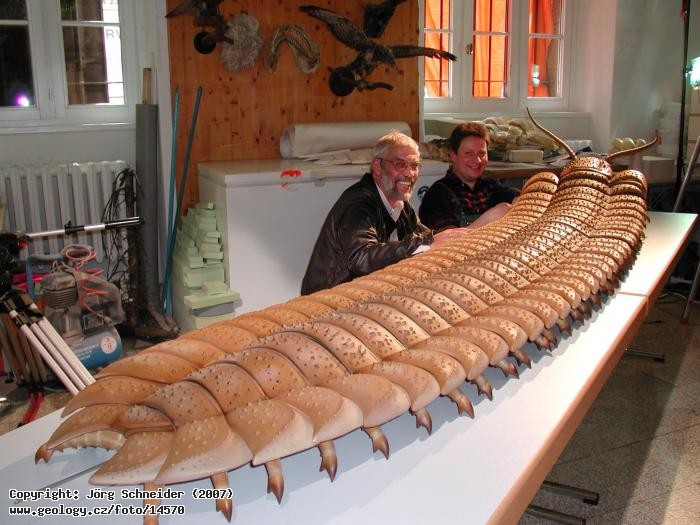 Model of Arthropleura, a millipede that could reach 2.6 metres in length – Photo Credit: Prof. Jörg Schneider (Freiberg University of Mining and Technology)

Secondly, animals that were passive absorbers of oxygen, like insects, started growing to huge sizes. And I mean HUGE.

There was a species of caterpillar that grew to 2.5 metres in length, a scorpion that grew to 70 cm and a dragonfly that had a wingspan of 75 cm. Yikes!

In fact, the size of many modern insects is only limited by ambient levels of oxygen. It’s not a genetic limit. More oxygen equals bigger size. There are scientists who are, right now, trying to grow large insects inside oxygen chambers. Someone should tell them to stop. PLEASE STOP.

Towards the end of the carboniferous period there was a huge extinction event, called the Carboniferous Rainforest Collapse, that wiped out a lot of the dense forest that had been accumulating for millions of years. Massive climate change decimated plant life and many invertebrates, which fed on detritus on the forest floor, became extinct.

The collapse also caused diversification. While before species were distributed homogeneously all the way across Pangea, after the collapse each tiny patch of surviving forest evolved its own mix of species.