Are expensive cosmetics worth it? 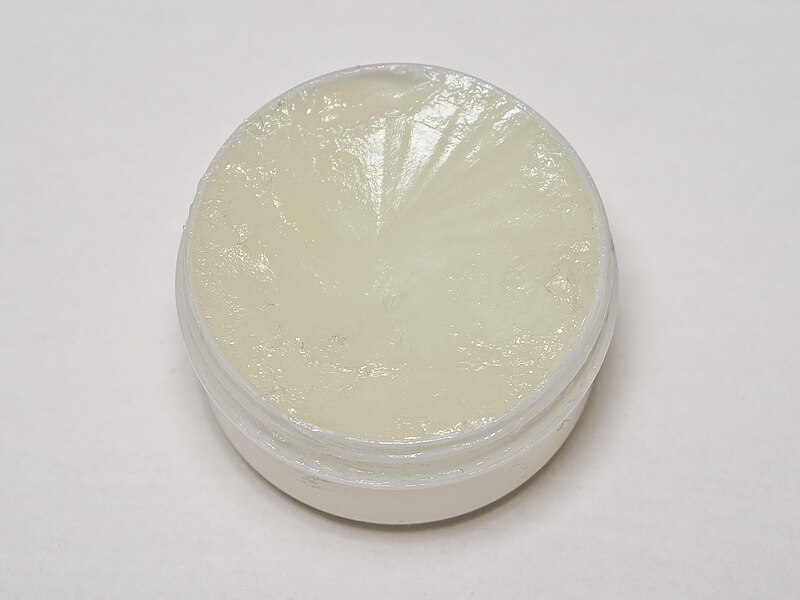 For some reason, maybe because I’ve been researching this article for a while, google thinks that I want to buy anti-ageing creams. Wherever I surf, I see ads trying to sell me all sorts of wonder cosmetics designed to reduce my wrinkles. Retinol this, vitamin C that. I even found a cream that costs 700 dollars for 50 ml (or $14000 a litre!). But do these creams even work? Are they really worth the money? Are there any valid scientific studies on their effectiveness? (Spoiler: nope).

First, let’s take a step back and have a look at how moisturisers work. They supply a little amount of water to the skin and also help keep it in. They act as a barrier, preventing water evaporation. Vaseline is a moisturiser. However, it’s greasy and oily. To reduce greasiness, most modern moisturisers are an emulsified mix of oil and water, but they serve the same purpose.

Other powerful chemicals that do make your skin look younger, like vitamin C and alpha-hydroxy acids, are also used, but also at very weak concentrations. Because cosmetics are not drugs, they’re not as tightly regulated. For example, in the US, cosmetic labels don’t require FDA approval. Companies can just list the ingredients in descending order of volume, but are not required to state the percentage.

Another ingredient used in anti-ageing creams are long-chains of amino acids, made by chopping up vegetable proteins. These work, but only for a little while. As the cream dries the long molecular chains contract and stretch the skin, but the effect is only minute and temporary.

Finally, the rest of the ingredients used in creams are those that, using marketing speak, can convince the layperson that they have some effect. Highlighted in Ben Goldacre’s book Bad Science are Valmont Cellular DNA complex and hydrogen peroxide.

The DNA complex is supposedly made from “specially treated salmon roe DNA”, as if somehow smearing your skin with DNA from another animal (which is a huge molecule and cannot pass through the skin) somehow prevents the signs of ageing. It would be a bit like saying that every time you eat delicious pork ribs your tongue is absorbing pig DNA, somehow.

Hydrogen peroxide is sold as something that will give oxygen to your skin (how, or why would you want this at all, is not touched upon), probably because it has two oxygen atoms (H2O2) instead of the usual lonely oxygen in a water molecule (H2O). Of course, hydrogen peroxide does not work that way, and in high concentrations it will mostly burn your skin (or turn your hair blonde).

Where are the studies

Since cosmetics are not tightly regulated there are barely any studies on the subject. The one study I could find (Watson, 2009), which was  funded by the company behind the cream tested (see this wikipedia article on funding bias), said that the anti-ageing cream had an effect and worked better than control cream: a moisturisers with no ‘anti-ageing ingredients’. Actually, that’s what the media picked up from it. The study did find a difference between the two creams, but it also concluded that the results were not statistically significant. Another case of journalists reporting press conferences rather than reading and reporting the science.

The fact is, cosmetic companies are usually not interested in funding studies. I mean, why would they? At the moment they can operate in a space where the only thing regulated is the safety of the compounds they use and not their actual effectiveness. They, with the help of the bumbling media, can promote this idea that science is weird and incomprehensible and instead of finding out for yourself, you should listen to what ‘experts’ say in their advertisement. Or they can push satisfaction surveys (‘ 7 out of 10 people found this product helpful’) as an alternative to facts and testing and peer review.

Why would they test the efficacy of a cream ingredient when they can sell it for 700 dollars per 50 ml anyway? What if the tests come out negative (which is likely)? They would not be able to claim that it works. This 700 dollar cream I keep talking about doesn’t even have a list of ingredients on its website, just claims that it gets rid of wrinkles.

It’s actually surprisingly easy to make your own moisturising cream at home, it’s like making mayonnaise or hollandaise sauce, you just have to emulsify water and oil. Here’s a recipe from National Geographic, but there are plenty online.