Eating a high protein diet is not as bad as smoking 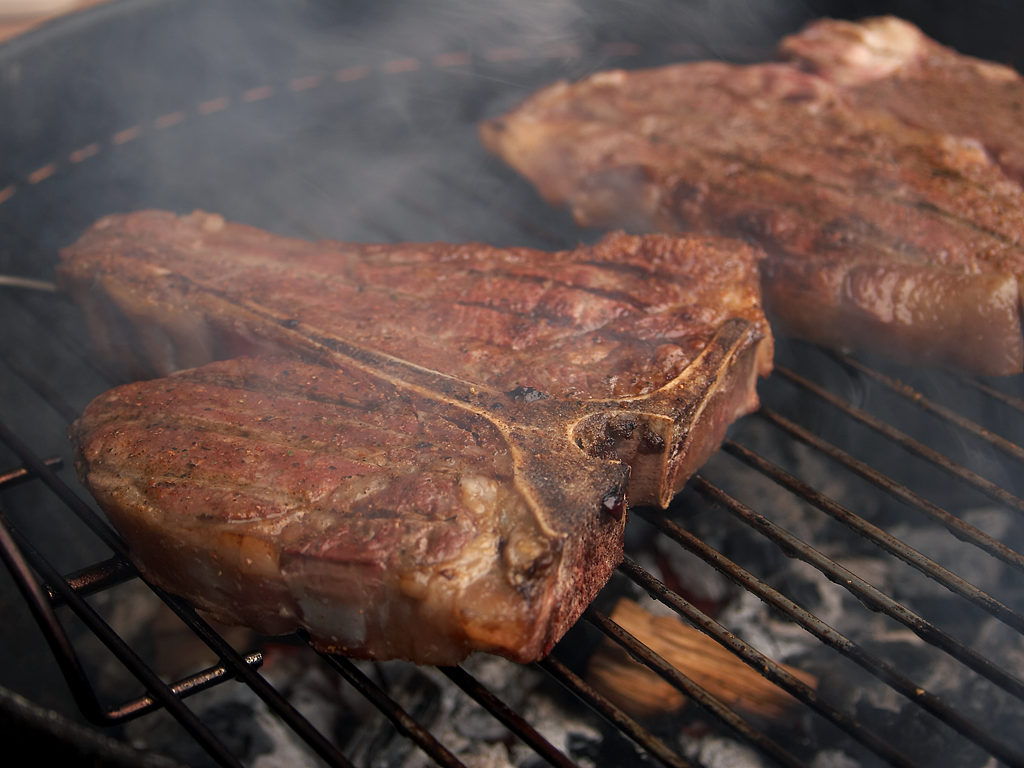 In the latest bout of bad science reporting publications such as the Guardian, the Daily Telegraph, CNN and a bunch of others have published articles claiming that a new study shows that eating a high protein diet is as bad as smoking.

“People who eat diets rich in animal protein carry similar cancer risk to those who smoke 20 cigarettes each day,” The Daily Telegraph

As usual, one has to look at the study itself (published in the journal Cell Metabolism) to gather what has actually been discovered.

“A diet rich in meat, eggs, milk and cheese could be as harmful to health as smoking, according to a controversial study into the impact of protein consumption on longevity.” The Guardian (at least they did use the word “controversial”)

The suggestion that eating a high protein diet is comparable to smoking is not one of the study’s findings though it was included in the University of Southern California’s original press release. Which is kind of a shame.
Science reporting is already not great, there is no need for institutions to engage in fear-mongering as well.

“That chicken wing you’re eating could be as deadly as a cigarette. In a new study that tracked a large sample of adults for nearly two decades, researchers have found that eating a diet rich in animal proteins during middle age makes you four times more likely to die of cancer than someone with a low-protein diet — a mortality risk factor comparable to smoking.” – USC News

But let’s take a look at the study. The researchers analysed the data of 6381 US citizens over the age of 50. The average age of this study group was 65 years old.

The participants, as part of the survey, logged what they ate in the last 24 hours (from memory) and then specified if this was their normal eating habit. 93% of the group said it was.

The researchers then divided the group into three depending on the daily amount of protein they ate.

As any athlete or bodybuilder or serious gym-goer will tell you, 20% of daily calories coming from protein is not exactly much. For example, someone on a weight-training regime will at least try to hit 40%.

But let’s keep going. Did the amount of protein have an effect on health?

As this excellent piece on the NHS website reports, nope.

“Overall, there was no association between protein intake and risk of death from any cause, or death from cardiovascular disease or cancer.”

There was a slight correlation between a high protein diet and diabetes but the sample size was quite small (very few people died of diabetes). The study’s authors say that a larger study is needed to confirm this finding.

According to the data, there is an increase of risk of death between the ages of 50 and 65 but this relationship is then reversed after the age of 65.

After the age of 65 people who had reported a high protein diet had a lower risk of death.

The authors of the study suggest that a moderate protein intake between the ages of 50 and 65 and a high protein diet after the age of 65 may increase health and longevity.

However, there are several issues with the study. While the authors did take into account several confounding factors (including previous history of smoking, total calorie consumption and “disease status”) they did not take into account quite a few others like, for example, amount of physical activity.

Also, the diet survey was only conducted once and on only one 24 hour period. The study lasted 18 years. Who knows if the participants changed their diet in the meantime. Someone who was eating a lot of protein at age 50 could be eating very little at age 68 (when the study ended) yet they would still be considered under the “high protein diet” group.

Therefore, is a high protein diet bad for you? We just don’t know.

Is it as bad as smoking? We don’t really know either. But we do know that you don’t need to smoke to survive (while proteins are vital) and smoking has been proven again and again and again to be really really bad for you.

Levine ME, Suarez JA, Brandhorst S, et al. (2014) – “Low Protein Intake Is Associated with a Major Reduction in IGF-1, Cancer, and Overall Mortality in the 65 and Younger but Not Older Population” Cell Metabolism.

High protein diet not as bad for you as smoking – nhs.uk

Not so great write-ups

Eating too much meat and eggs is ‘just as bad as smoking’, claim scientists – The Independent

Diets high in meat, eggs and dairy could be as harmful to health as smoking – The Guardian

“Meat and cheese may be as bad as smoking” – USC News