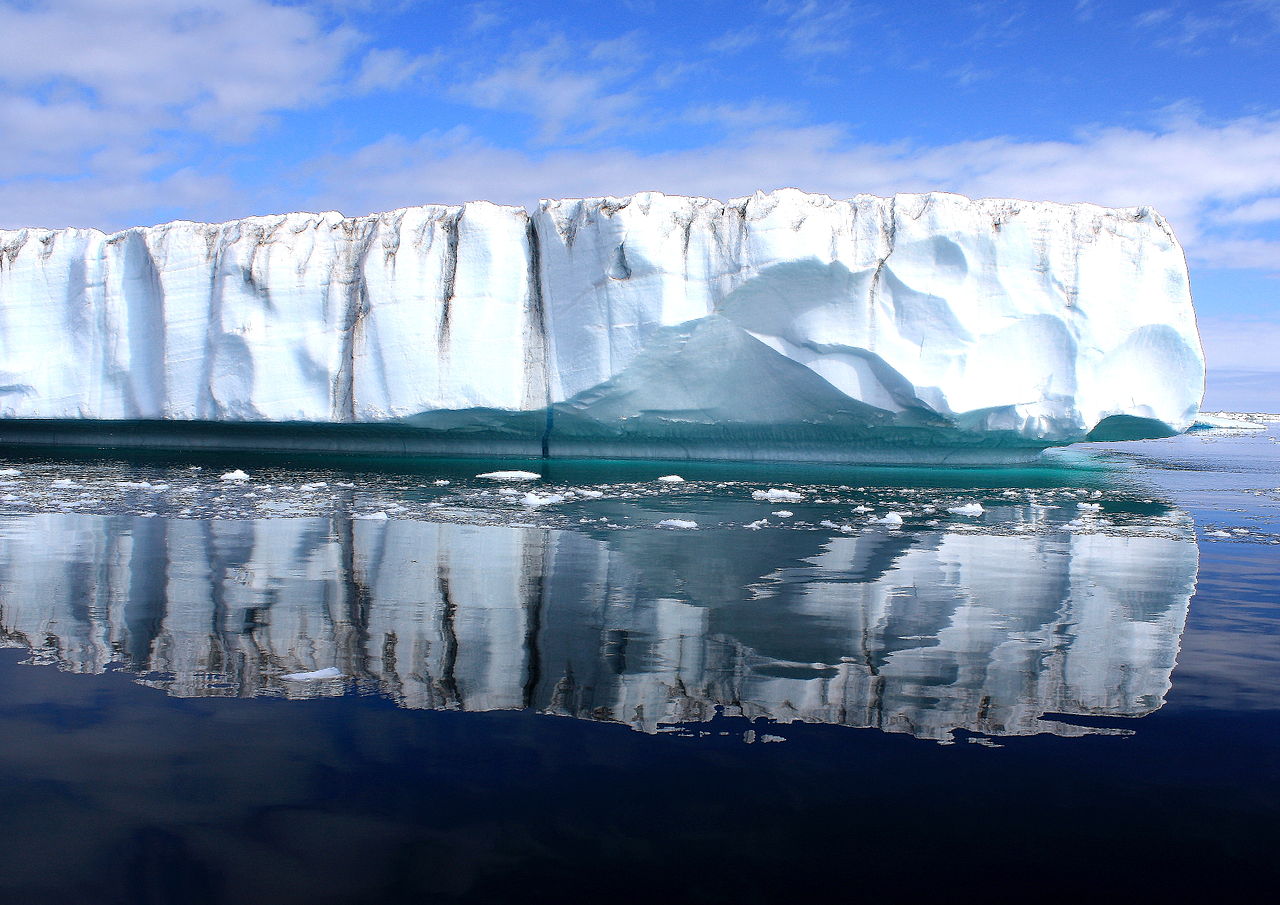 The ice sheets are melting. With global warming practically a certainty, melting ice sheets will cause average sea levels to increase. However, in some parts of the world sea levels will decrease. How?

It is always assumed that sea levels will all rise by an average amount, but this does not take into account that the water level on earth is not perfectly smooth, water is not distributed uniformly. It has peaks and valleys, a sort of “fingerprint”. Large masses on earth, like continents or ice sheets, attract water to their flanks due to gravity, creating ‘watery hills’. We don’t really notice them because their slope is very mild, invisible to the naked eye. But tide gauges do measure regional variations in sea levels.

As the ice sheets melt, they will exert less gravitational pull, and sea levels will decrease next to them. The influence on gravity on the fingerprint is actually quite large, sea levels would be lower for up to 2000 km away from the ice.

When ice sheets were formed, they pushed down on the land below. The land sank under the high pressure, forcing the mantle to flow away from under the ice sheets and causing the areas next to it to bulge upwards. When the ice sheets melt, the flow will be reversed and the land will return to its original condition.

Also, without the ice sheets the earth’s axis of rotation will shift, much like moving something on the rim of a wheel does. If all of Greenland’s ice melted, the axis of rotation would change by moving approximately half a kilometer closer to it.

Jerry Mitrovica of Harvard University and his colleagues published a paper detailing the changes in the world’s ocean fingerprint due to the melting ice. They simulated the effects of the ice sheets melting including all of these factors: the rebounding earth, the gravitational pull and the change in axis of rotation. They found that if all of Greenland’s ice were to disappear the global average sea level would increase by seven metres. However, in Scotland it would fall by approximately 3 m. Europe woud be lucky and see sea levels rise a lot less than the average. South america would not be as fortunate, the water that Europe doesn’t get has to go somewhere, and in some places water would rise up to 10m. Which is rather scary.

Of course, the Antarctic ice sheet is melting too and will also hugely influence the distribution of water. It’s good news for Europe if the Greenland sheet melts faster than the Antarctic (as it is now), but we are still not sure exactly what will happen. It is very likely that the Greenland sheet will melt completely, but it could happen in a few centuries or in several millennia. What could happen is that as the sea level lowers next to the ice sheets, the ice sheets are not in contact with as much warm water as before, slowing down their thawing.