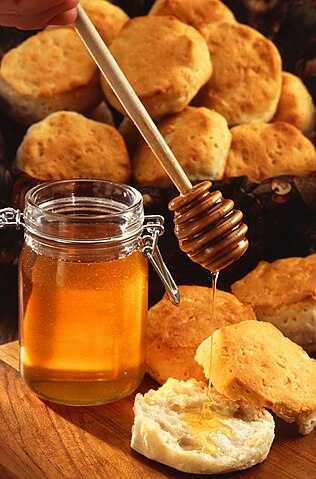 Do you know what a pitch is? If you’re a sports fan, the first thing that comes to mind is perhaps the field football is played on or the throw a batter tries to hit. Or maybe since this is a science blog and maybe you’re also musically minded, you think of the frequency of a tone.

What I am referring to here though, is the name given to the most viscoelastic solid polymers known, such as Bitumen. All that means is that it’s a plastic that exhibits viscous (like honey) and elastic (like a rubber band) characteristics when under stress or deformed.

Being highly viscoelastic, its deformation is time dependent. Try pulling it apart quickly, and like an elastic band it returns to its original shape. Apply some stress on the material over time, then you begin to see viscous deformation, much like honey, only slower.

What’s in a pitch?

An experiment was set up in the foyer of the physics department at the University of Queensland in 1927 by Professor Thomas Parnell. He aimed to show students the weird properties of some substances that look and feel solid, but are actually highly viscous fluids.

Professor Parnell set up the experiment by pouring a sample of pitch into a funnel and then letting it settle for 3 years! He then cut the bottom of the funnel and placed it on display inside a glass dome.

Professor John Mainstone (picture taken in 1990), two years into the life of the 8th drop – Photo courtesy of the University of Queensland

Droplets of the pitch grow very slowly. They form and drop over a period of around ten years. The eighth drop fell in November 2000 and the ninth drop is expected during the second half of this year.

Given the really slow rate with which the drops fall, unsurprisingly no one has yet to witness the moment of a drop. A webcam was even set up but missed the last drop due to “technical faults”.  That must have annoyed a few people!

By measuring the time period between drops, the experimenters are able to calculate that the pitch has a viscosity of roughly 230 billion (2.3×1011) times that of water.

The Guinness book of World Records recognises this as the oldest continuously running laboratory experiment. It is so viscous in fact, that it is expected that there is enough pitch in the funnel to allow it to continue for at least another hundred years. That’s a long time for any laboratory experiment to be running.

There is a similar experiment, not quite as old,  that has been running for ‘only’ 69 years at Trinity College Dublin and they actually managed to record the moment of the drop!

There are actually other experiments older than the pitch drop experiment, that are still running, but they miss out on the record of longest running experiment because they haven’t run uninterrupted. 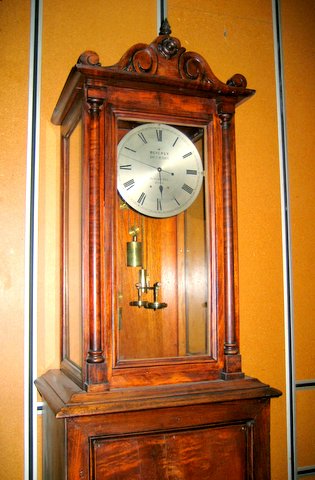 The Beverly Clock in the Physics department at the University of Otago, New Zealand was started in 1864 and is an ingenious timekeeping device that runs on nothing but atmospheric pressure and daily temperature variation. It hasn’t been wound since its construction creating one of the most efficient timepieces in the world.

The Oxford Electric Bell at the University of Oxford, is an experimental electric bell initiated in 1840 and has actually been ringing since then! (save for a brief interruption). It isn’t because the scientists forgot to press the snooze button but to see how long the battery pile that drives the clapper will last. The bell is placed inside a thick glass jar to muffle the sound and it is unknown when they will run out. Actually, it is likely the clapper will wear out before then.

Calling these experiments groundbreaking science may be “stretching” it a little, but fundamental research  has long been a driving force to generate new ideas, principles and theories. For example, the application of lasers could not have been foreseen when researchers in the 1960s were toying with the idea. Similarly with magnetic resonance in the 1950s and the huge practical role it has played in medicine. Fundamental research is essential for science and academia to survive and attract a new generation of scientists to enter the field, as applied research still remains mostly in the domain industry and specialist institutes.