Blog post There is no ocean deep inside the earth

There is no ocean deep inside the earth

“In what sounds like a chapter from Journey to the Center of the Earth, the chemical makeup of a tiny, extremely rare gemstone has made researchers think there’s a massive water reservoir hundreds of miles under the earth.”

In the last couple of days newspapers and other media outlets have reported what they’ve been calling “an ocean deep inside the earth”. “What if the outermost layer of the earth was floating on a boundless sea, bigger than all of the ones present on the surface?”(translation mine) writes Laura Berardi on ilFattoQuotidiano, which is normally quite a decent newspaper (though their track record on scientific reporting is middling at best).

There could be a large body of water buried deep beneath the Earth’s surface containing as much water as in every ocean combined, according to new scientific research. You know, just your average secret trove of buried water to sustain all life on Earth.

Note that most of these “articles” skirt around the issue of well, telling the truth, by using “what if” statements. This would all be well and good if these hypothesised scenarios were not completely misleading. They’re a very cheap way of getting clicks. “There is an ocean beneath you!” is more interesting for the average reader than an accurate report of a geology paper.

It shouldn’t be this way, but it is. And it sucks. We deserve better.

But anyway, let’s take a look at the aforementioned paper.

Pearson D.G. et al. analysed a sample of ringwoodite, trapped inside a diamond. This diamond was originally formed deep in the earth’s mantle and it only reached the surface thanks to a volcanic eruption (it traveled 525km up to the surface!). During its trip it got battered and bruised and has no real economic value (no one wants a ring with a misshapen diamond, unless you were a geologist, maybe). 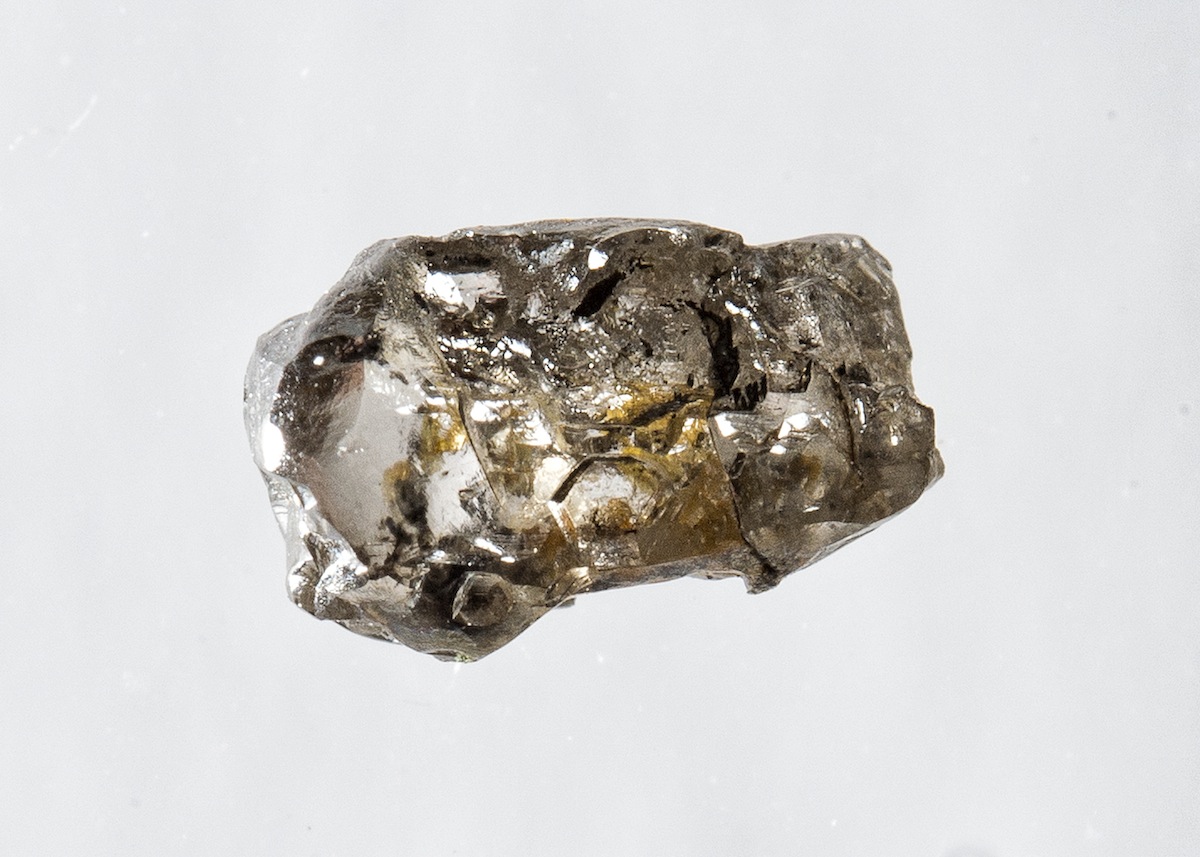 The diamond in question – Phtoto by Richard Siemens/University of Alberta

These erupted diamonds, however, are of great interest to geologist because they give us a way of analysing the composition of the mantle.

Geologists think that a lot of the earth’s mantle is composed of olivine (a mineral also known as peridot). Olivine, at high pressure, changes its crystal structure and turns into ringwoodite, which is the material analysed by Pearson et al.

We know that olivine turns into ringwoodite because scientists have created it in the lab or found it in meteorites. But this is the first evidence that ringwoodite does form in the mantle which, so far, had only been an hypothesis. 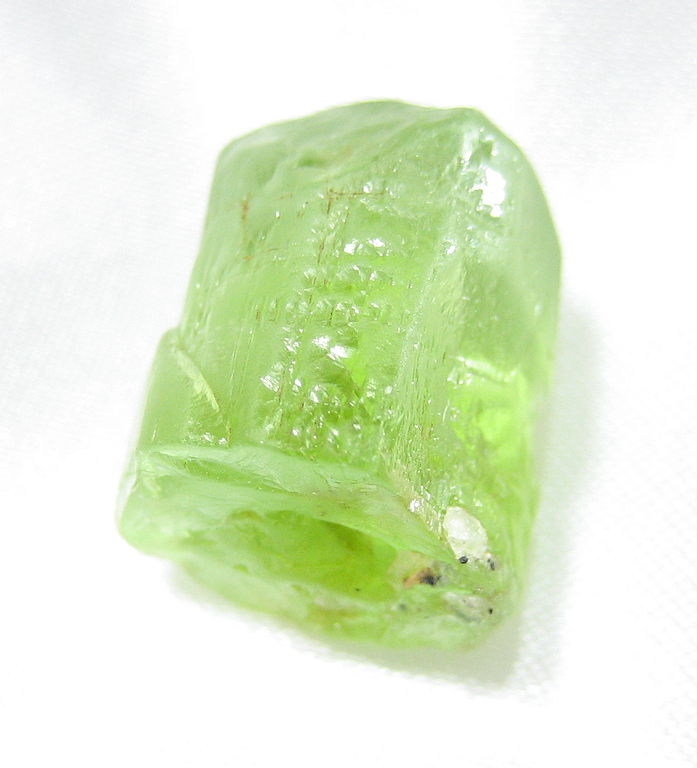 What does this mean? Because ringwoodite can contain up to 2.6% of its weight in water, it follows that:

b) the ringwoodite can contain some water inside its crystal structure

c) there is a lot of water in the mantle

Which is where the whole “ocean” thing comes from. Except that, not really.

Calling it “water” is not exactly right. It’s not liquid water, which is what we visualise when saying the word “water”. It’s hydrogen and oxygen atoms trapped inside the crystal structure of ringwoodite.

It would be more appropriate to call it H2O, or even better, hydroxide ions.

It’s an important discovery, and one that will contribute to the answer to the “is there water in the mantle?” question and it’s of great interest to geology.

However, there are no oceans deep inside the earth. No vast lakes of liquid water.

But I guess, “The earth’s mantle may contain large amounts of hydroxide ions trapped in ringwoodite’s crystal structure” gets less clicks.

Articles quoted but not worth reading

Noticed some more bad science reporting? Let me know in the comments!