Biology Why you shouldn’t eat a polar bear

Why you shouldn’t eat a polar bear

Polar bears are cute, especially if they’re still cubs. Knut, a polar bear born in captivity in a zoo in Berlin, was a media sensation. However, they are quite dangerous. Polar bears are big (adults can weigh up to 700 kg), fast (can sprint up to 40 km/h), aggressive, very protective of their young and can kill you with one lazy swipe of their furry paw. Polar explorers are very aware of the dangers of polar bear and bringing a rifle on an expedition is mandatory.

So why should you not eat a polar bear? Well, actually, I’m exaggerating, you can eat polar bear meat, but you better stay away from its liver. To understand why, let’s take a step back. 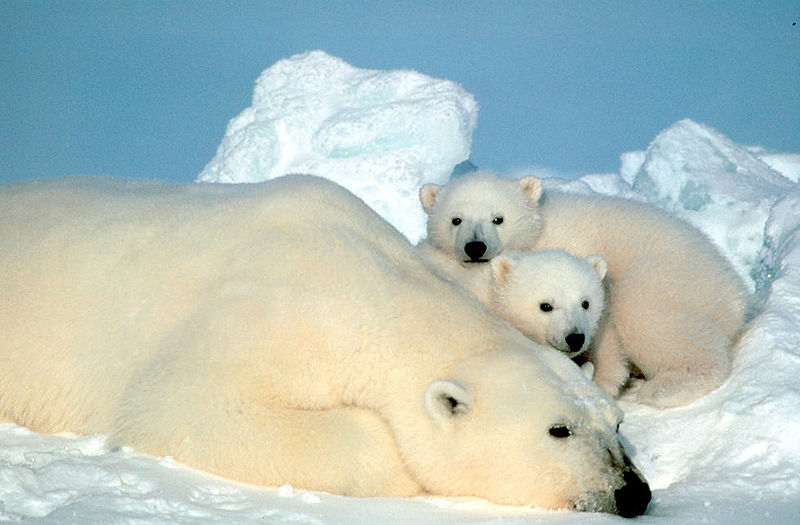 Vitamins are nutrients that are vital for the correct functioning of our body but which we are not able to synthesise ourselves in sufficient quantities. Without them, we’d die. And since we can’t produce them ourselves, we have to get them from somewhere: from the food we eat. But a substance can be a vitamin to one species and not to another. For example, humans can’t produce their own ascorbic acid (vitamin C) (neither can guinea pigs and apes), but most other animals can. Thus, ascorbic acid is a vitamin for humans, but not for, say, polar bears.

Vitamins are very useful, vital even, in small doses, but can be quite deadly if we absorb too much of them.

But why am I talking about vitamins? Animals that live in the cold tend to have very high amounts of vitamin A in their liver as it’s very helpful in the freezing environment. The liver of polar bears, seals, walruses and huskies all have tons of vitamin A stored in them.

When we absorb too much vitamin A bad things happen. Your skin loses colour and starts to peel off. Your hair starts to fall out. You lose muscle coordination, you have nausea, vomiting and dizziness. And then you might die. The condition is called hypervitaminosis A. What happens is that your liver, which stores vitamin A, has a limited amount of space. When the vitamin exceeds the storage capacity it enters the bloodstream. It can then cause your cells to swell up with fluid and since it’s liposoluble, it can affect your brain. Not. Nice.

The first report of people feeling ill from polar bear liver is from 1597, though the Inuit have known about the dangers for much longer. They throw the liver to sea or bury it so that their dogs don’t eat it and fall ill or die. Two members of the Far Eastern Party, an antarctic expedition, were probably poisoned by vitamin A after eating the liver of their huskies. One of them died.

And that’s why you shouldn’t eat polar bear liver.

Unsurprisingly, the majority of cases of hypervitaminosis A are not due to people eating polar bear liver (it’s not like any of us have a chance to do it) but due to the overuse of vitamin pills. Remember, there’s a reason why there are recommended dosages on the box. 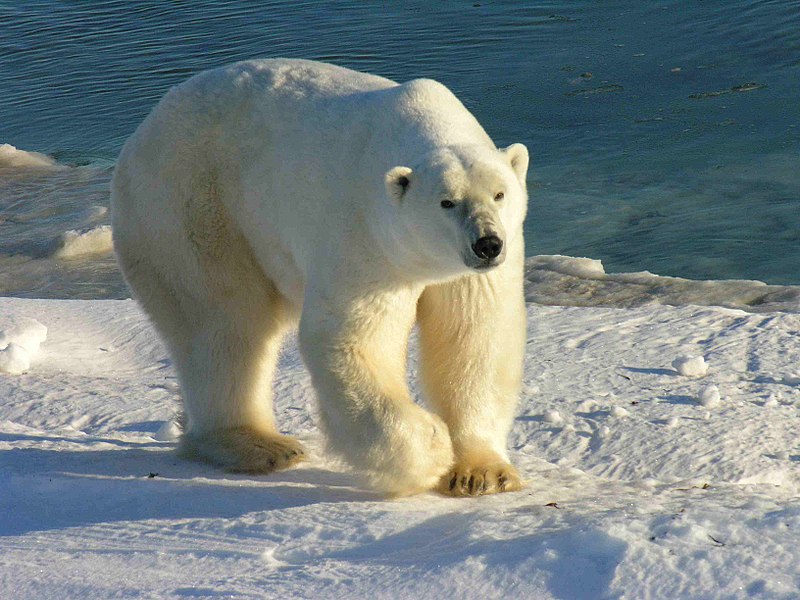 Their skin is black and their fur appears to be white but it’s not really white.There’s no white pigment inside it, the hairs are transparent. Their structure is such that the light that passes through the hairs is manipulated to look white. Much like bluebirds are not actually blue (click the link below for more info on structural colours.