Biology Why is yawning contagious?

Why is yawning contagious? 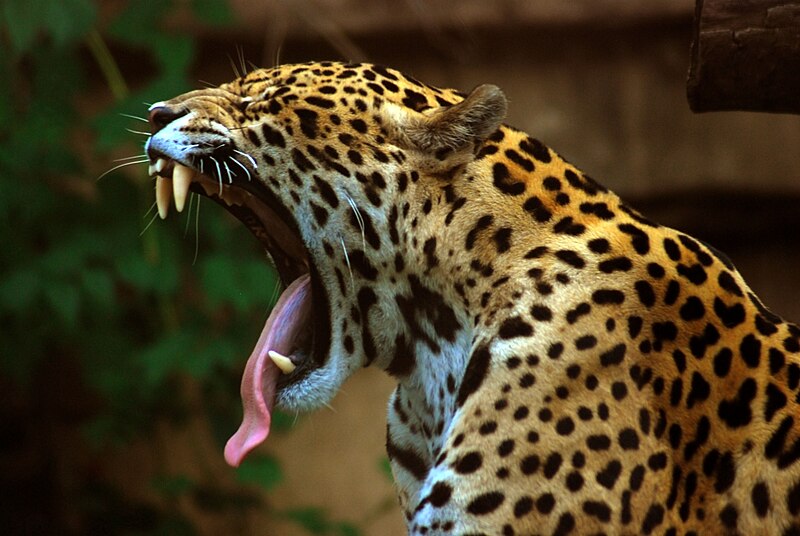 There is no doubt that yawning is contagious. I mean, imagine someone with their mouth wide open, squinting eyes, taking a long breath in, then a short one out. Are you yawning yet?

Almost anything that reminds us of yawning, like reading about it, seeing a video of it, will cause us to yawn. Just thinking about yawning can be enough. It’s actually quite hard to write about yawning because you start yawning all the time. During the research and writing of this post I yawned 34 times. I counted. Ok, make that 35 times.

The act of stretching and yawning at the same time is called pandiculation, which is a pretty cool word (and one that I will try to include in as many conversations as possible: “Yeah, so I was at the supermarket the other day when I suddenly pandiculated”).

But why do we yawn?

No-one really knows why we yawn but there are some hypotheses.

One of the proposed explanations is that yawning helps the body get rid of CO2 and increase oxygen in the blood. However, a 1987 study showed that different combinations of gases (100% oxygen, high concentration of CO2 in air or simply normal air) had no effect on the rate of contagious yawning, though test subjects did breathe more quickly when exposed to pure oxygen or high amounts of carbon dioxide.

There are also some primates that use yawns to diplay a threat by exposing their canines. During these, the primates don’t squint their eyes, unlike during a ‘normal’ yawn.

A more recent hypothesis is that yawning is used to keep the brain cool. There is a small range in which brains work effectively.

A recent study, published in the journal Evolutionary Psychology, showed that when people kept cold packs on their head, the rate of contagious yawning dropped close to zero, compared to  40-50% for those holding a room temperature or a hot pack on their head.

The researchers also showed the same yawning video to other groups of test subjects. Some were told to only breathe through their nose, others only through their mouth and others were not given any specific instructions. The subjects that were told to breathe only nasally showed almost no contagious yawning, while those told to only breathe through their mouth showed a higher rate of yawning compared to that of the group that was breathing normally. Breathing through the nose is better for cooling the brain so this supports the brain cooling hypothesis.

There is no scientific consensus on why we yawn. But I find that an equally interesting question to ask is: why is yawning so contagious?

Though spontaneous yawning is found in most vertebrates, contagious yawning is not as common. Humans do it, obviously, but so do some primates and possibly dogs. Yes, dogs. In a 2008 study, 21 out of 29 dogs yawned after witnessing a stranger yawn, while none did when the stranger simply opened his mouth.

Tigers, for example, don’t yawn contagiously. I wonder if they get as cranky as us if their yawn is interrupted, though I wouldn’t want to try it myself – Photo Credit: ArtMechanic

In a large group of animals, one single animal yawning can cause multiple others to do so. It could be a way of signalling to the rest of the group to stay alert.

There is also a link between empathy and contagious yawning. For example, autistic children do not yawn more when shown videos of yawning people.

It also seems as though people are more likely to yawn if the other yawning person is related to them. In a 2011 study conducted at the University of Pisa it was observed that “the rate of contagion was greatest in response to kin, then friends, then acquaintances, and lastly strangers.” When people did yawn in response to strangers, it took them a lot longer to do so as well.

So it’s likely that contagiousness is directly related to how emotionally close we feel to the other person.

Unlike other primates, to whom yawning is often a sign of aggression, yawning in humans could be a sign of co-operation and friendliness. The mechanisms behind contagious yawning could be major factors in what makes us humans.

As a yawn propagates through a group, it drives a ripple of physiological and emotional connection, transforming individuals into a superorganism.

Robert R. Provine (from this article)